This time, the chosen Venue is Microsoft in La Jolla

I was thinking about preparing 2 intro talks, one on Merb and one on Unobtrusive Javascript (jQuery, Prototype + LowPro etc…), then we’ll see the crowd and what people are interested in. Feel free to give me your feedback, suggestions…

I also heard that on top of the awesome people from san Diego, some other important people are coming just for the event:

Based on previous BarCamps, you might end up seeing a guy wearing a kilt who talks about how he is his own imaginary friend, having to look at ActionScript code, meet a lot of interesting people and even maybe learn about lock picking. 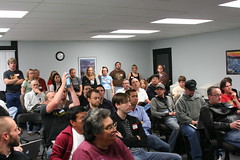 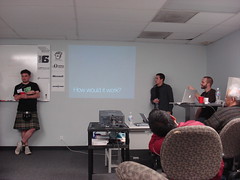 I even heard rumors saying that Ryan Felton is organizing another wii tournament.