It is now official: I have traded my freedom & home office for a job title, an Aeron chair in a cubicle and a 401K.

I received my new employee package and, in less than a week, I will officially become a full-time employee at  SCEA (Sony Computer Entertainment America).

Why leave behind a happy life of indie contracting to join corporate America?

For many reasons actually:

Being a consultant I have been working with other independent consultants and existing teams. Nonetheless, I really miss being part of a stable team which grows together and learns from each other as we go through new projects and maintain old ones.

As a consultant, I usually start projects or “rescue” existing projects. I work on them for a little while and then move on. It’s exciting and rewarding but you don’t really pay the consequences of your mistakes. You usually don’t have to maintain the code you wrote and you rarely deal with the mistakes you made.

It sounds good, nobody likes to maintain the crappy awesome code they wrote 2 years ago and most developers love working on new stuff. But at the same time, to become a better engineer you need to learn from you mistakes and assuming responsibility for your bad decisions is part of the process.

It might sound weird, but I’m actually excited to work on long term projects and feel some sort of ownership over the projects. Having to support games for many years means that I’d better not mess up the implementation. And if I do, I hope I’ll quickly learn from my mistakes.

There is no secret: when you are passionate about what you do, you have a hard time stopping and taking a break. I’m a recovering workaholic and it’s really hard for me to say no when I’m presented the possibility to work on interesting projects. I love what I do and I keep writing code even after I’m done with client work.

The problem is that this can start me on the slippery slope to isolating myself from friends, family and people who don’t share the same passion. I’m really lucky that my wife is a geek and loves hanging out at conferences, looking at code and playing with my buggy prototypes. But still, I spend too much time “playing” with my computer and I just can’t manage my free time wisely.

Hey, let’s be honest, how many geeks do you know don’t want to work in the video game industry? By the way, if you don’t have a PS3, they are now at $299 and on top of getting an awesome console you get a blue ray player! (And no, I do not receive any bonuses or commissions for mentioning the console or promoting it in my blog. I had to pay for my own like everyone else.)

Corporate America? Are you going to write Java now? 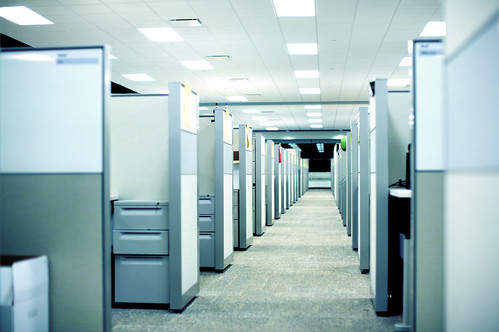 No, I’m mainly going to stick to the language I love: Ruby. From time to time I will probably use other languages here and there, but that usually makes me love Ruby even more. The reality is that Ruby’s power and flexibility seem to be appreciated by SCEA, which makes sense when you have tight deadlines and a lot of new technologies to deal with. Ruby is a perfect match!

As you can guess, I can’t go into any detail about how and why Sony uses Ruby, but let me just say that while games are still usually written in C++, they are becoming more and more interactive and need to communicate with game servers where some logic operates. Game players also need to interact with other gamers as well as check their gaming progress online, as well as the progress of the players around them etc… Basically, outside of the game engine and the console SDK, there is a lot of potential for Ruby.

Coming back to Corporate America, I have to say that I’ve known my future manager for a few years now. He’s always been a fervent Ruby advocate and has introduced lots of teams to the happiness of Ruby & Rails development. He’s also a great developer who’s contributing patches to major projects and has a bunch of cool stuff on github. To give you an idea, my job description mentions Rails, Merb, Sinatra, CouchdB, MongoDB, Redis, AWS. All these Ruby technologies are actually already used in production or are being seriously evaluated.

Those who know me, know that I’m not a morning person. And while your typical office job is categorized as ‘9-5’, don’t feel too bad for me. I will be joining the video game product department, and morning people are rather rare in these kinds of groups ;)

I’m really excited about this opportunity. For me, it is proof again that the Ruby revolution took place and that the Enterprise is evolving. Of course, time will tell if I am right, but I am quite confident.

Also, Sony is always looking for new, talented people who want to push the entertainment world to the next level. Feel free to keep in touch with me if you are interested in joining the fun.