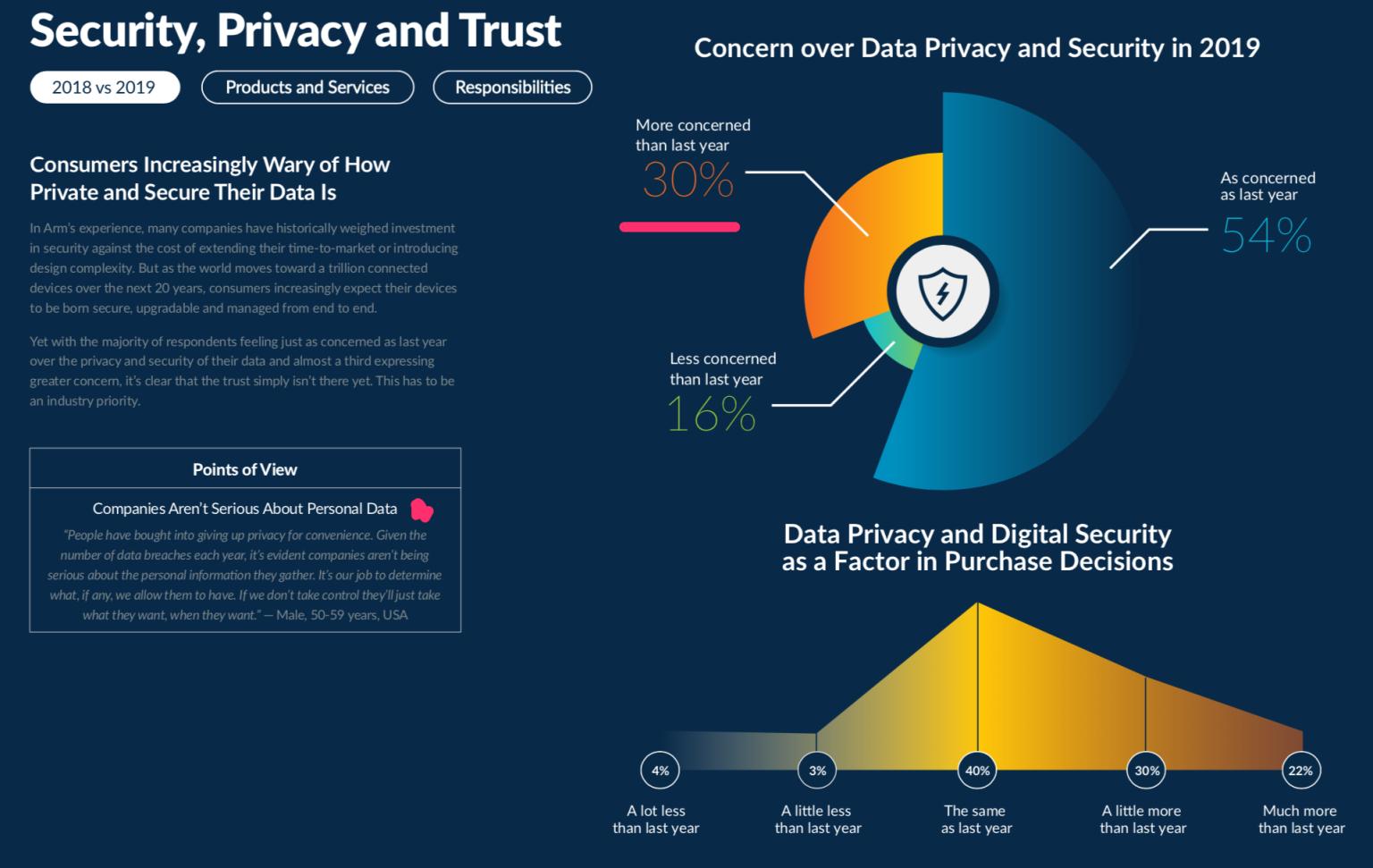 Security, Privacy and Trust will be major themes in 2020. Looking at this arm report, 30% of surveyed folks were more concerned in 2019 over data privacy and security than they were in 2018. Add the elections, legal actions against Google & Facebook, Apple and others pushing for less tracking and safer data and we are going to see a huge need to push compute power to the edge (on device).

A big problem is that we spent the last 10+ years centralizing compute on the cloud and now we need to also run major computations on user devices and we are nowhere ready for that (ML for instance runs very poorly on CPUs and uses a lot of battery). Expect lots of excuses and delays around securing data. Excuses will be made for at least another year or until someone steps up and uses that as a commercial advantage.

In the meantime Google seems to start testing the industry appetite with ML dedicated edge co-processors. I’ll definitely keep an eye on this project.