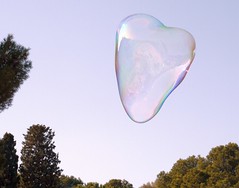 Yes, it is true and no, I am not being passive aggressive or cynical.

As you might have heard there has been some tension between the Rails team and the Merb team in the last few weeks. Sometimes caused by us, sometimes caused by them. I already addressed this issue in this blog post, so let’s move on.

Let me first explain the reason for this blog post.** I believe we have a great community but I also believe we like bashing**.

Like most Rubyists, I use a mac and I often smile when I watch their ads. Then I see Microsoft’s response ad and I think … they don’t get it, I’m not a Mac, the dude on TV represents the Mac computer. I’m a human.

Thinking back to our community, I felt that it quickly became: ‘Hi, I’m a Rails developer’ and ‘Hi I’m a Merb developer’.

What started as a simple comparison to explain what the difference was between Merb and Rails quickly escalated into arguments about what framework is best and which one people should use.

I hear people in the Ruby community talking trash about Rails and criticize the Rails core team. I even saw people insulting DHH on IRC while he was not even on the channel.

I, myself, have to admit that I have been guilty of crossing the line a few times and have made some comments which can be considered as “bashing”.

I think now is a good time to apologize and to say that this kind of behavior is not appropriate.

After all, if we wanted to define ourselves as being “something” we probably should say: “Hi, I’m a Ruby developer”. Rails is not perfect, nor is Merb. I might disagree with some of the decisions made by the Rails core team but I still think Rails is a great framework and the Rails team has done an awesome job and deserves a lot of respect for its efforts. We are all part of the Ruby community and I think it’s time we all (starting by myself) act as a unified community.

Without further ado, here is my …