During PulsoConf 2012 in Bogotá, Colombia Matt Aimonetti gave a talk entitled Tower of Babel: a tour of programming languages. 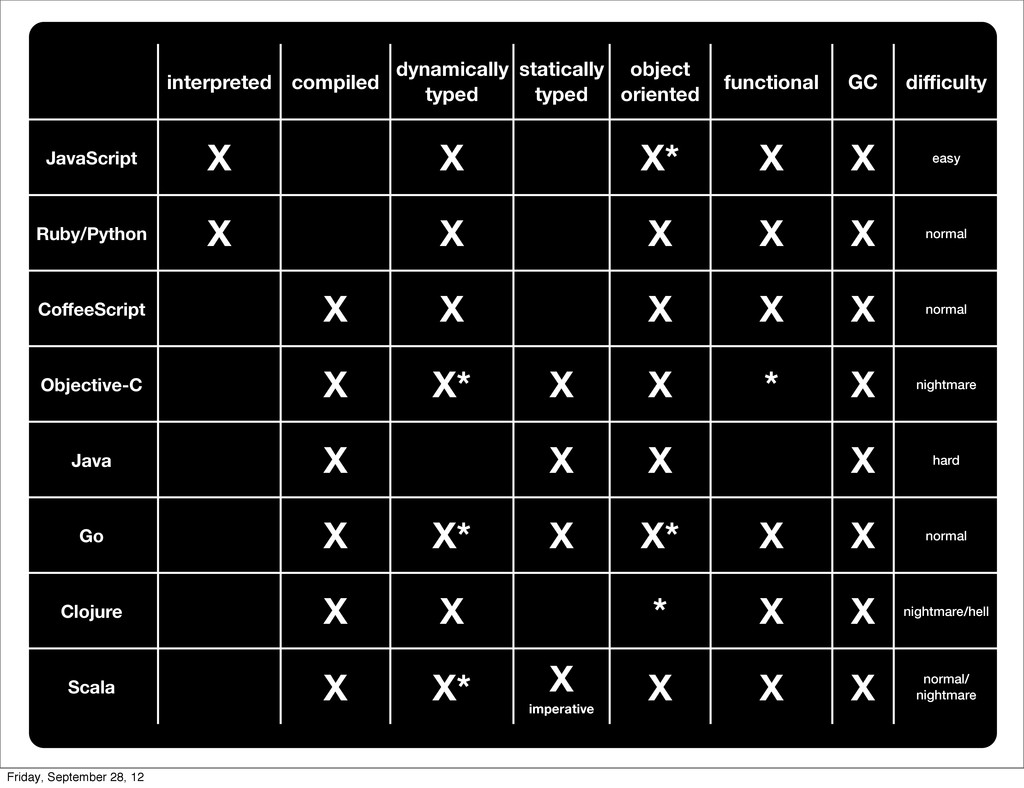 In his talk, Matt shows what he likes, dislikes, the philosophy and concrete example of how to use 7 programming languages:

The slides are available on Matt’s SpeakerDeck and can be downloaded here.